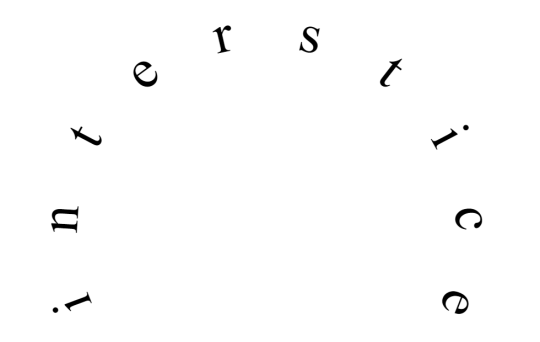 How I Interact With Music

Recently, I had to consider that my relationship with music was affected most by the product I intend to create from my listening. In past years, this has been an “Albums of the Year” list. So, how does the eventual creation of a list like this impact my day-to-day listening?

Well, first of all, I’m quite concerned with not missing anything. I don’t want other lists to include an album I would’ve loved that I never listened to; this would be a gaping deficit. I don’t want to miss the smaller, underappreciated releases by artists for whom entrance onto any AotY list (even one by someone with little to no online following, like me) could be encouraging. So, when I’m working on an annual AotY list, I’m constantly listening, and actively listening, because I want my list to not only be full of great albums, but to have insightful, intelligent reviews for each one.

In short, it turns music listening into a practice where enjoying something I’ve heard before is a waste of time. It produces a relatively insightful, lengthy list of albums that I’ve heard no more than two or three times.

I consider myself a writer, and a journalist, a photographer, a musician, etc. before a reader, a listener, an enjoyer. It’s not realistic or desirable to imagine eschewing any analysis of the music I listen to. But, finding myself wanting to relax to a beloved album from 2010 and feeling immediate guilt that doing so would not progress my end-of-year opus, I knew I needed to find a healthier way to process art.

How I Currently Interact With Music

Here is what I did: I took the practice of “sharing music I enjoy” and split it in two. I now keep two totally different lists (this might sound like more work, but listen). One is a monthly Spotify playlist containing every song I liked a lot from that platform that month. I publish this at the end of each month on Tumblr. As far as I know, the only person who listens to it is my friend Luke, but it has the added bonus of creating time capsules of how I was feeling during certain segments of time, which is nice. I go back and listen to them frequently.

The second list is a spreadsheet containing every new major piece of art I’ve interacted with this year. For each piece of art, I list its creator (artist, director, whatever), title, year of release, format, a brief summary, and a brief review. This serves a few purposes: it organizes every piece such that at the end of the year, I can (presumably) host it online in an easily searchable form. It enables me to separate my description of a work from my analysis of it, which sometimes leads me to funny and interesting discoveries after the fact, like realizing the conceit of something I enjoyed is actually really stupid, or that a conceptually fascinating movie was actually extremely boring. Finally, it reduces the stress I feel of filling my list with every possible release from a given art form. I know my list will likely be overlong without the inclusion of a bunch of albums I only listened to once or twice, and I know I’ll be writing a brief review even if I don’t love it, so I can immerse myself in a reduced number of albums without desperately searching for the best, the most unexpected, etc.

Downsides to My Current Method

Spotify is a terrible company. I buy lots of music on Bandcamp, actually so much that I’ve run out of space for LPs and have had to sell a few/leave some lying around on the floor. However, I don’t listen to LPs every day, or even every other day, whereas I spend hours every day on Spotify, which is way more convenient than any alternative. Nowadays, the only time I use my bought/torrented digital music library (which I painstakingly procured over like 15 years) is when my girlfriend’s car’s radio automatically connects to it and autoplays, for whatever reason.

I don’t feel too bad about this, because again, I buy lots of physical releases with my very limited income, and anyway, listening to an LP once it’s been bought provides no financial benefit to the artist, whereas Spotify pays them (albeit laughably poorly) with each listen. However, I’m undeniably aiding a corporation whose relationship to its artists I find abhorrent and exploitative.

Another potential downside is that turning my Albums of the Year list into an Art of the Year spreadsheet disrupts the continuity of my practice. This might be a bummer for other people, but for the last few years I’ve been actively trying to find interesting ways to disrupt this listmaking (like finding an album I despise and then forcing myself to write a positive review of it, then repeating until I have a complete list). The spreadsheet is a good middle ground for me. It’s digestible for interested people, not too strenuous to fill out, and satisfies a tendency I have for meticulously organizing data.